For this third edition, 48 teams were created. Every one of them has got six members whose skills must complement themselves. That is why one can find in every team a content expert (history of art, curation), a graphist (design, illustration), a media-manager (writing, community management), a developer (coding, engineering), a DIY enthusiast (craftsmanship, mechanics) and a person dedicated to interactivity and habits (museography, cultural mediation). Specific members of museomix are also here to guarantee the framing of the teams. They are the Wise Men alongside the canny ones. Wise Men and canny characters are people who come from a previous edition of Museomix, or from a TechLab / FabLab and who, relative to their skills, give tips, point out opportunities and irrigate the channels of mutualisation.

Once the meal is over and the coffee swallowed, the 48 teams need to focus on their project. The short period of time during which Museomix takes place implies important restraints but encourage creativity in the meantime. Usually, when a museum experiment a new tool for cultural mediation, it needs to know its specifications, make a request for proposal, follow a legal and proper process, whilst bearing in mind the balance between financial and human resources. That did not happen during Museomix : Everything is possible as long as one has got the idea. In every museum, every team, for every project, “it rocks, it’s heating up, it shares, there is plenty of exchange, it talks, it argues!”

« It rocks, it’s heating up, it shares, there is plenty of exchange, it talks, it argues!» #museoninja

Requests are ongoing but always unique. For instance, the Museum of civilization of Quebec is wondering whether «  one can create a pure leisure experience in a museum or if it needs to have a constant link with science ? » Anyway, teams are willing to «  create something awesome that had never been done before ». Then, suddenly comes the incident : the communication cell of Museomix finds itself deprived of its internet access at the Musée des arts décoratifs in Paris for a few hours. Unable to publish the first review nor to maintain any presence on the social networks. Still, patience will prevail, as it didn’t hamper the Museomix processes ongoing around the world. Technical workshops are requested only to highlight their potentiality while the Petit FabLab de Paris makes goodies and blue Darth Vadors.

At 5 p.m., the projects have to be advanced enough to be described and explained to the Wise Men. These lasts have the duty to help, refocus and encourage the teams. The project as well as its main specifications needs to be validated. Once this is done, every team must shoot a short trailer about the project alongside a written review that will be published on the official Museomix website. The teams need to finalize the guidelines of their project for it to be made official. Indeed, from 7 p.m., every team must release a first sample, through a video, that will be published on the channel of Museomix on Youtube. Alcohol is welcomed on the desks as one even invents the hashtag aperomix in Nantes (“Have we mixed up the wines?”). At 7.20 p.m., the museomixers of Nantes release the first prototypes on the official website alongside the project of Abracadamix and Time Machine. The Museomix of Quebec, despite its time difference, seems to be keen to play catch up with the european teams.

Once the diner is over, the teams go back to work on their project until the museum’s closing hour (midnight for most of the museums). 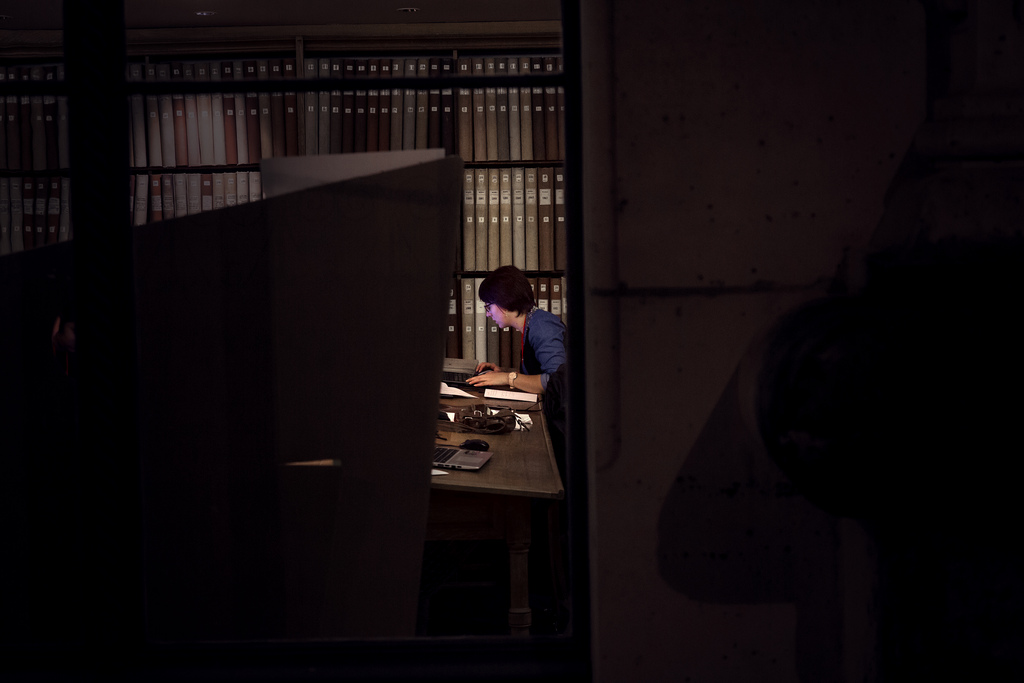 Is Museomix sleeping? No, some museomixers still resist to the call of sleep.